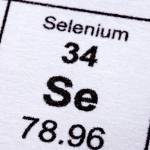 This study was conducted to evaluate how exercised Thoroughbreds digest and retain selenium from either sodium selenite or selenium-enriched yeast-supplemented diets.

Increased urinary selenium excretion following exercise in the selenite group suggests that the requirement for selenium by exercised horses may be dependent on selenium source and exercise frequency. More research is needed to quantify the selenium requirement of horses at different exercise intensities and to determine how the form of dietary selenium affects antioxidant status.

This report of KERâ€™s 1999 research was published in Proceedings of the 16th Equine Nutrition and Physiology Society Symposium.

What Is the Best Design for Urine Collection in Equine Fractional Excretion Studies?