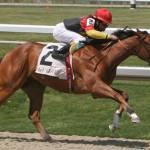 Coenzyme Q10 (CoQ10) plays a key role in mitochondrial function and is essential for the production of energy. Produced in the body, CoQ10 is also a powerful antioxidant, capable of regenerating other antioxidants, such as vitamin E and vitamin C. Though research on CoQ10 in horses is limited, certain facts have come to light: CoQ10 has been found in equine serum and oral CoQ10 supplements are well-absorbed during digestion.

According to the Mayo Clinic, CoQ10 use in humans improves symptoms of heart failure, Parkinson’s disease, muscle weakness, and migraines and has potential benefits for improving exercise performance in humans.

A review of data regarding prolonged time to fatigue in human athletes is mixed, with about half of the studies showing no effect of CoQ10 supplementation, and half showing improvements; however, improvements were consistently evident in symptoms of heart failure patients. Research has suggested that horses exercising intensely showed depleted CoQ10, potentially because it is being consumed during work.

In one study, CoQ10 supplementation was well tolerated by horses in a trial at a rate of 1.47 mg CoQ10 per kilogram of body weight. No gastrointestinal disturbances or other side effects were reported at this dose, which was extrapolated from typical amounts consumed in human supplements.

While many of the potential benefits of CoQ10 supplementation are not fully understood, the compound undoubtedly has strong antioxidant properties, which should be advantageous to sport horses and breeding stallions.

If you’d like to discuss the benefits of Â including a coenzyme Q10 supplement, such as Nano-Q10 from Kentucky Equine Research, in your horse’s nutritional program, contact a nutrition advisor today.