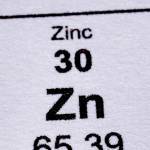 Four mature Thoroughbreds were studied in a 16-week experiment consisting of four periods to determine the effects of intake level on the digestibility of copper, zinc, and manganese in sedentary horses.

Each period ended in a five-day complete collection digestion trial. Horses were fed an unfortified diet in the first period. In the other periods, the diet was fortified with a supplement providing 50, 100, or 200% of requirements for copper, zinc, and manganese. Samples of feed, urine, and feces were collected and analyzed for these minerals, and relationships of intake and retention were determined.

Results showed zinc data agreed with previously published values, but the corresponding values for manganese were 40% higher than previous estimates. The figures for copper retention were in accord with published recommendations.

This report of KERâ€™s 2000 research was published in Advances in Equine Nutrition II.

Read the entire research paper, titled The Effects of Intake Level on the Digestibility and Retention of Copper, Zinc and Manganese in Sedentary Horses.

How is Nutrient Digestibility Determined in Horses?
Free WordPress Themes