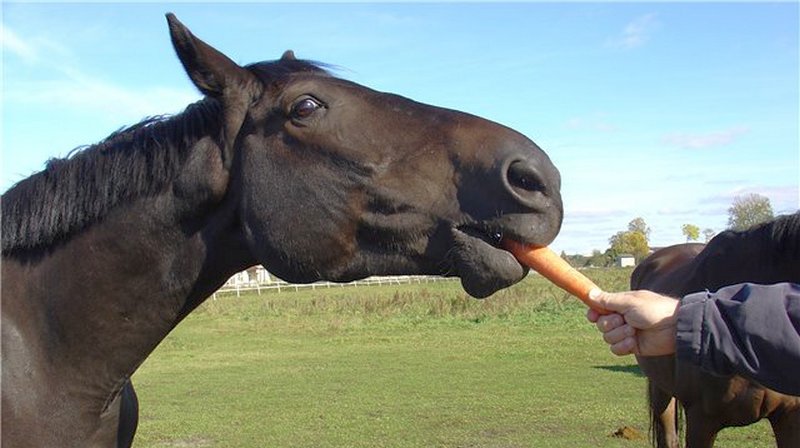 Hay is great stuff for horses. They love it. They know how to deal with it, how much to eat of it and it digests in their stomachs so easily that they’ll run much less of a risk of catching any of those awful ailments that bedevil the horse, such as equine colic. When it comes to horse nutrition, hay is really hard to beat.

If, however, you don’t have such access to good quality hay, then you need to do some tinkeringwith your horse’s diet so that he gets the best treatment that he can. There are so many horse feed brands out there; each one of them telling you that they’re more wonderful than the last. Where to begin with all of this?

The first area to look at is that of boosters of protein. These are the Timothy balance cubes and horse grain of this world, but there’s more to it than that. The key is to mix it up. Don’t just give him rice bran oil for horses. Instead, give him a little of that in the morning, with maybe some horse grain at lunch, some beet pulp in the afternoon and then some Timothy balance cubes in the evening. This way, you’ll be aiming to vary the different types of amino acids that the horse will be ingesting. Horses are so beautiful.

Another one to give him is the packet of dried peas. These peas are just like the ones that you buy in the shop to feed yourself, but they can also be bought in bulk for those with horses (or maybe for those without horses but who really love peas… a lot.) at certain outlets.

They’re used around the world either mixed in with other horse feed brands or used on their own and horses really love them from my experience, at least. They’re usually a favorite feed because they’re so low in sugar and high in fiber. In fact, they contain 25% fiber and 25% protein.

Flax seed has plenty of fatty acid content too (omega three). In fact, the levels are as close as you’ll get to fresh green grass and they almost qualify as a great food in itself and not just as supplements for horses. I feed my horses with this stuff all the time. In over 23 years, we haven’t had a single case of equine colic amongst our 43 horses on average. Treat your horse right.

And let me remind you that we live in an area of Wisconsin where we just can’t get the good quality hay – not without paying through the nose for it, at least.

The other problem with hay is that it’s dependent on the weather as to its quantity and quality. The crazy weather of the last couple of seasons have meant that access to quality hay is deteriorating, sending the costs of hay skyward to the degree that it becomes an unaffordable option. This is the case of my brother over in Arizona who keeps a herd of about 20 horses. He’s using beet pulp and rice bran oil for horses on a daily basis but doing it right means that his animals are as healthy as a horse.

Finally, the important message I want to leave you all with is to be careful and not just simply give more horse grain in place of the hay that’s missing from your horse’s diet. This is a big mistake because your four-legged friend’s gut is designed to absorb fiber and not grain. The hay takes care of a number of functions, including the fact that it allows the horse to better absorb vitamins, so you’ve got to replace the function of the hay as well as the hay itself. I love horses.

The Advantages and Disadvantages of Feeding a Horse Pellets

Feeding the Ideal Horse Feed to Your Equine